Platt & Common was established as a partnership in 1895 when Stirling’s first resident dentist Leon Platt took on his assistant R.Keith Common as a partner.

Mr Platt had trained in Edinburgh as a dentist and in 1861 he moved to Stirling aged just 21, putting up his plate at 64 Murray Place. It wasn’t until 1879 that he obtained his qualification at Edinburgh College of Dental Surgeons in order to conform with the new Dentist Act of 1878.

Robert Keith Common joined Leon Platt as an assistant on 1st January 1892 for the sum of three pounds and ten shillings per week. Mr Platt agreed to a brass plate to be placed outside the premises bearing Mr Common’s name and profession as long as it was smaller than his plate. On 11th April 1895 a co-partnership agreed agreement was signed with both parties agreeing to carrying on their business under the name of “Platt & Common”. 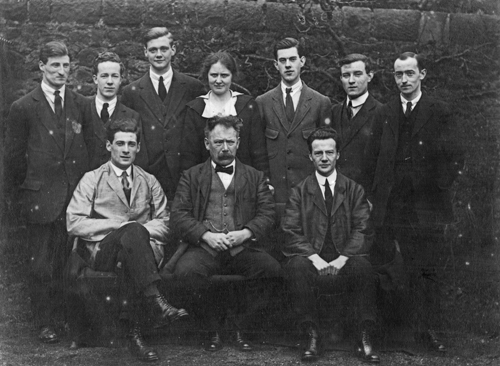 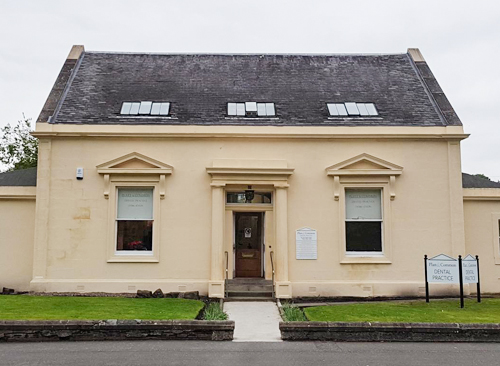 The capital stock of the co-partnership was £100 each, about £7500 in today’s money. Mr Platt received £195 pounds and five shillings for the stock and effects.

In 1964 Platt & Common dental practice moved from Murray Place to 3 Albert Place under the charge of Robin Common (Robert’s grandson) and John Dandie. Since then the practice ownership has changed hands several times.

Most recently in 2011, the practice was purchased by John and Jennifer Denham. John has worked at Platt & Common since 1999 and Jennifer since 2000. They undertook a major refurbishment in 2012 and continue to invest in the practice in order to provide high quality dentistry for all of its patients.

This website uses cookies to improve your experience while you navigate through the website. Out of these cookies, the cookies that are categorized as necessary are stored on your browser as they are essential for the working of basic functionalities of the website. We also use third-party cookies that help us analyze and understand how you use this website. These cookies will be stored in your browser only with your consent. You also have the option to opt-out of these cookies. But opting out of some of these cookies may have an effect on your browsing experience.
Necessary Always Enabled
Necessary cookies are absolutely essential for the website to function properly. This category only includes cookies that ensures basic functionalities and security features of the website. These cookies do not store any personal information.
Non-necessary
Any cookies that may not be particularly necessary for the website to function and is used specifically to collect user personal data via analytics, ads, other embedded contents are termed as non-necessary cookies. It is mandatory to procure user consent prior to running these cookies on your website.
SAVE & ACCEPT